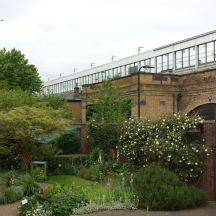 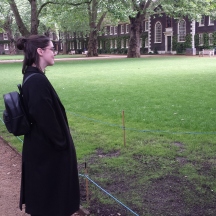 This weekend began with an impromptu trip down to London, thanks to my parents who were heading down to see Phantom of the Opera with my brother and sister-in-law. In the past 12 months I think I have visited the city about 5 times and as I am known as not a great lover of London I can honestly say that in this past year I’ve had some really great trips in the city. Despite London being a place with countless things to do, new chains/independents popping up every week and an endless supply of cultural activities I always have this strange fear that I am going to just end up doing things I don’t like just for the sake of doing something new in London. This weekend, however, did not prove my fear to be well-founded as I did a mixture of new and old things beginning with a visit to The Geffrye museum. It’s okay, I hadn’t heard of it either until my Mum suggested that we should pay it a visit instead of forking over £19 EACH to see Princess Diana’s clothes. I think not.

The museum is an homage to the changing interior design of middle-class homes throughout the ages as well as a little glimpse at what the gardens of such homes may have looked like. I know this may not sound very fascinating but it really helps that the museum is in a very grand building that was originally used to home the poor, elderly members of society who had nowhere else to go. Throughout the museum you see to-scale examples of what we would now call a living room looked like and what influenced the decor such as etiquette and customs. I actually really enjoyed the sections where you could listen to newspaper clippings and letters that would talk about anything from missing a spouse to why serving alcohol and tea together is the perfect way to spend one’s afternoon, things don’t change all that much it seems. 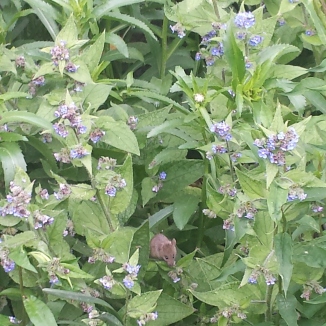 However, the most beautiful part of the museum had to be the gardens, even though the day was dreary and overcast the wide variety of blooming flowers mixed with the smell of the herbs was enough to trick you into thinking it was a pleasant afternoon; I’m sure the scone I had at lunchtime also helped in lifting my mood though. Once we had our fill of the museum, we headed over to one of my favourite spots, Borough Market. The first time I visited the market was for belated birthday celebrations organised by Helen before we went off to Paris. We spent 3 days in London eating cheese, drinking French wine and attending the Bastille Day festival at Borough Market, it was the perfect way to get into the spirit before heading off to Paris. This weekend the market was just as I remembered with so much good food around I almost wished I hadn’t had lunch but I did manage to sample some things and buy some fudge.

After we had seen enough of the market, I headed off to Oxford Street for some sisterly bonding with Hayley in the form of getting spontaneous piercings, so I guess that counts as something else new I did this time around. I didn’t get to hang around too long because I was planning to meet up with Helen on the other side of town. Our reunion began with the fast paced catch-up we normally squeeze in when we haven’t seen each other for some time and ended up with too much alcohol (about half a bottle of gin each) and me becoming involved in a drag act. And yes, I paid for it the next day. Let it be noted that on Saturday 20th May 2017 I had the worst hangover I have experienced to date. Whether I will learn from it this time is another matter. So my saturday was mostly spent trying to eat something and sleeping but everyone needs a lazy day sometimes. Hopefully I’ll be getting to visit London again in a few months for the Hokusai exhibit at the British Museum so keep an eye out for that!